E3 2016 hit the ground running with Bethesda making some pretty big announcements to gamers across the globe. Although Bethesda didn’t announce a new Fallout addition to the series, they didn’t have to. Instead of bringing you a new Fallout 4.5 or 5 or whatever the case may be, they’ve opted to satisfy you already existing Fallout 4 and DLC with more content to add on to your game. This is quite possibly the best marketing strategy I’ve ever seen in any game developer. Not only have they met the needs and wants of gamers world wide, they continue overload us with content even you can not think of. At this years E3 we seen a sneak preview of what is to come including:

The ability to construct and built things beyond imagine in your settlements. 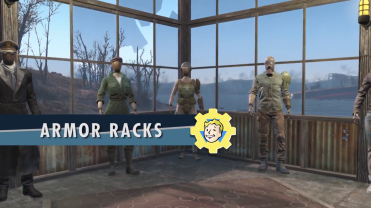 For those OCD personality types, you can now organize and display your weapons and outfits. How great is it going to be to put your prized guns and armour out on show. If that doesn’t tickle your fancy, don’t worry, Bethesda’s got you covered. For those of you who love to take things apart and put them back together, introducing “Contraptions”. The complete and unlimited ability to build what you want were you want to set traps, do tricks, construct elevators and even catch mama murphy. Of particular interest is the sorting machines and the conveyor belts in the E3 trailer. Could this be a new way of resource gathering? Will we eventually be able to build entire cities? Rest assured, you will be able to fiddle and see this first hand next week as the DLC for this extension will arrive at that time. 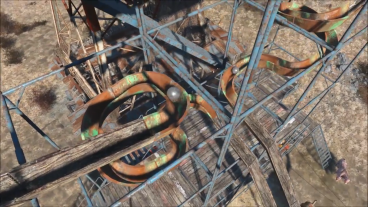 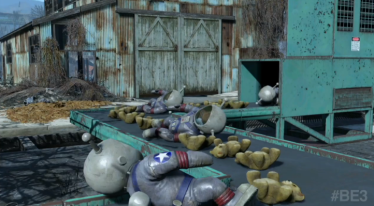 I’m not entirely sure what exactly the purpose of this would be but it certainly looks like fun. The most exciting component of the DLC which I think will gather the most attention is the one in which we have all been talking about and wanting. The ability to build and completely customize your own vault. To take it a step further, it appears as though you will also be able to experiment on vault dwellers, etc. 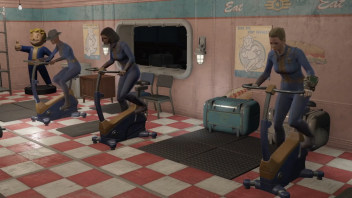 The third portion of the new DLC to come for Fallout 4 is perhaps the Nuka World which looks to be an amusement park of some sort. Interestingly enough, it looks as though there was a mix of faction types. Could this be neutral territory? We shall see!

Bethesda also announced some really great add ons for Fallout Shelter including the all new coming to PC launch. Lastly, they ended on announcing a remaster of Skyrim woot woot! Overall, some really great work coming out of Bethesda. I’m very excited to dig my claws into the new DLC and see what it has to offer!